WOW: The best Madden players in the world battled for the championship on the MEGATRON at AT&T Stadium as Hall of Famer, Emmitt Smith, commentated the competition.

Best Buy marked the arrival of the new PlayStation® 4 and Xbox One consoles with an exclusive gaming tournament, Best Buy’s ULTIMATE GAMERS SHOWDOWN! Over the course of two weeks Madden fanatics in eight top markets throughout the country – New York, San Francisco, Boston, Los Angeles, Detroit, Chicago, Minneapolis & Atlanta – battled for the title of ultimate gamer.  The tournament series culminated with an event at world famous AT&T Stadium, where the winners in each market came together and went head-to-head in the final round on the world’s largest free-hanging HD screen. The ULTIMATE GAMERS SHOWDOWN traveled from coast to coast for over 2 weeks, meeting for the final round of competition in Dallas.

Leading up to the event there was a regional and national media frenzy that continued to drive awareness to the culmination of the tournament as well as positioned Best Buy as THE place for your ultimate gaming needs.  Inside AT&T Stadium attendees and winners were greeted by the Cowboys’ mascot, Rowdy, and the Dallas Cowboys Cheerleaders. At the conclusion of the tournament, the Ultimate Gamers Showdown Champion was joined by Grammy Award winning artist, gamer, and self-proclaimed best Madden player in Entertainment, The Game, for a once in a lifetime head-to-head competition – all covered by the top sports news outlets from ESPN to FOX Sports! 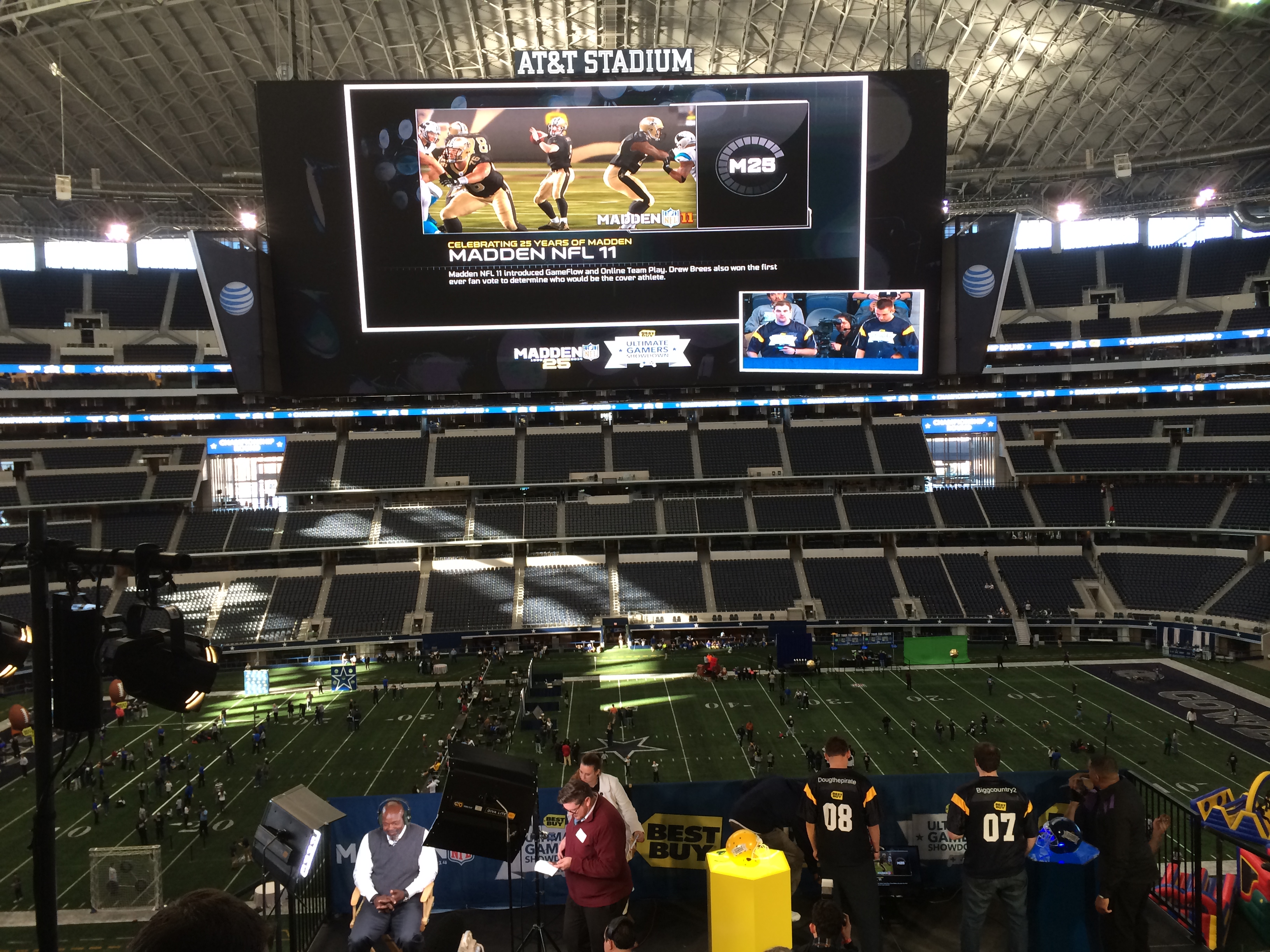 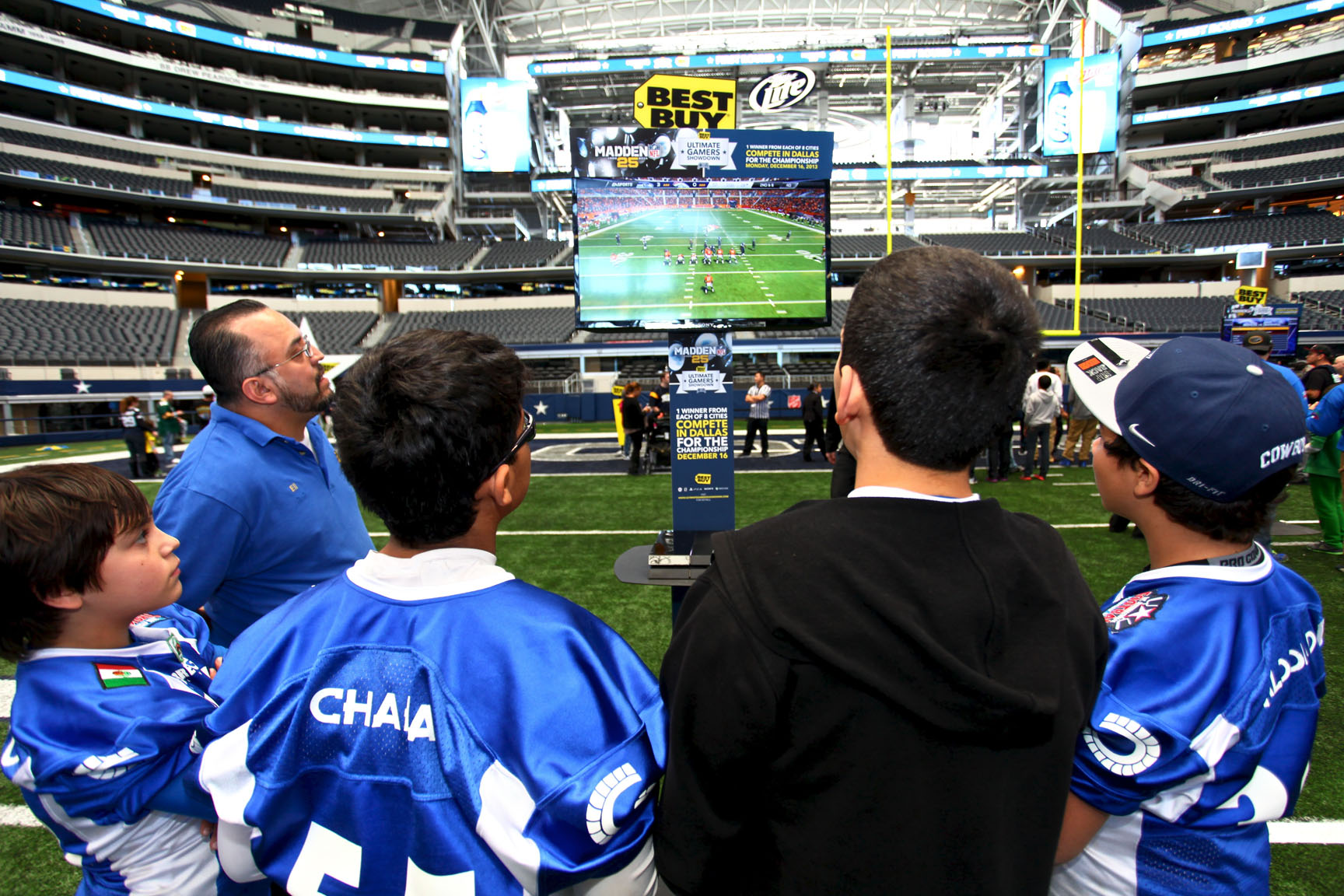 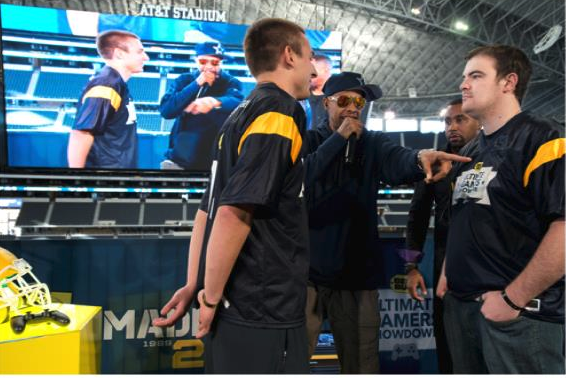 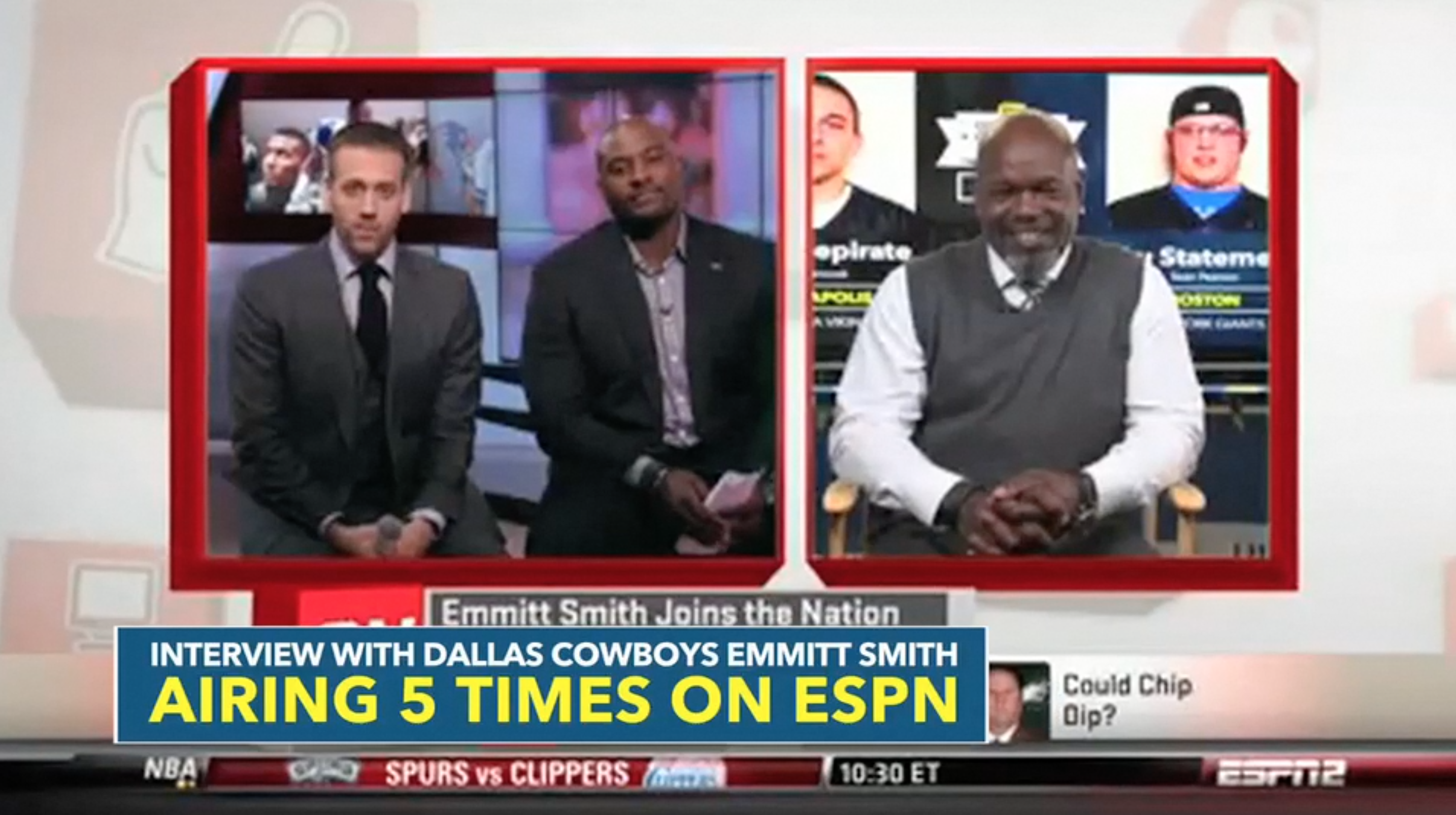 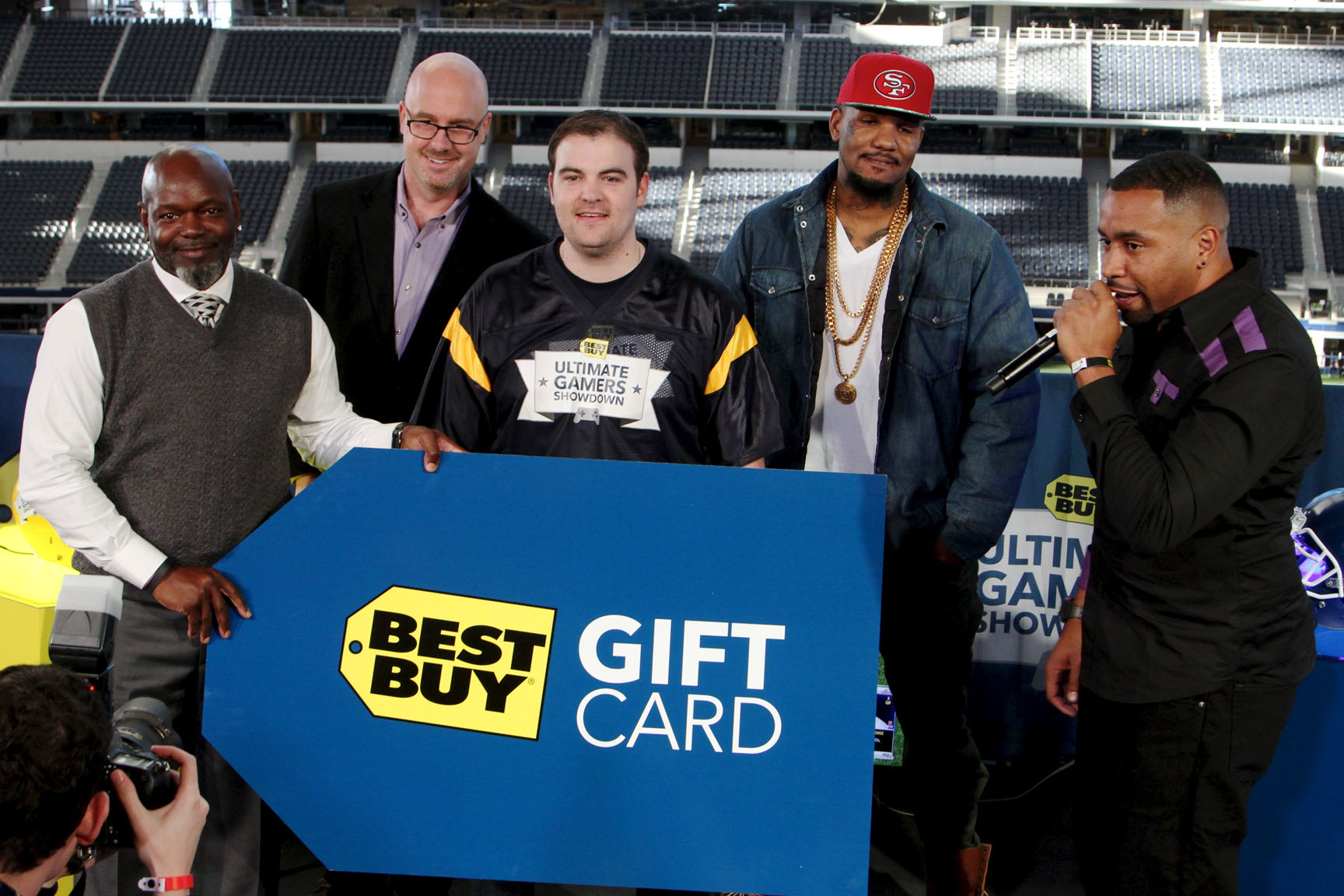 Multi-platinum, Grammy-nominated rapper and actor The Game along with Emmitt Smith presents the grand prize. 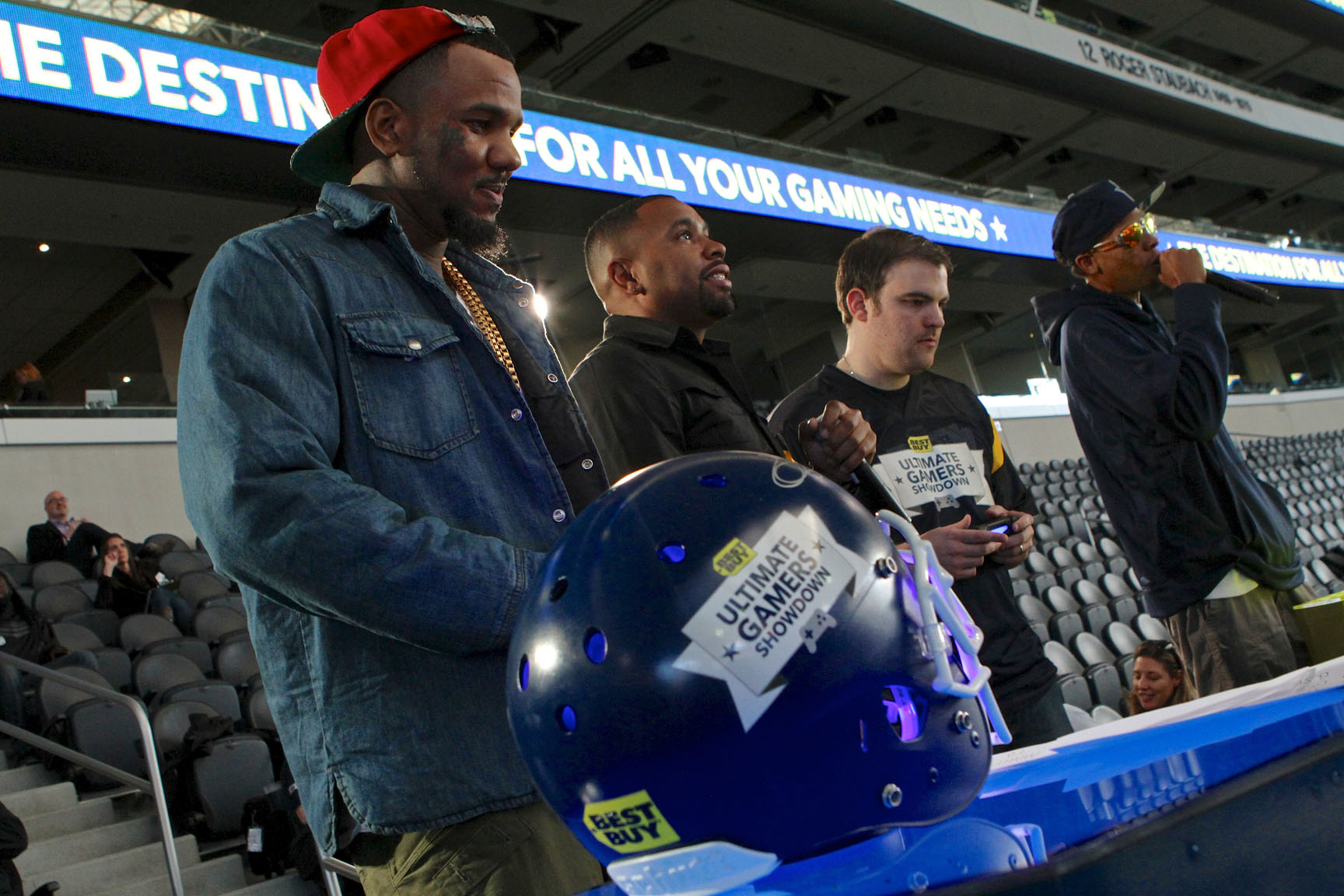 The Game goes head-to-head with tournament champion Big Country on the jumbotron.

Given our vast selection of consoles, games and accessories, it only made sense to challenge our customers to bring their best gaming skills to our stores and give them a shot at the ultimate gaming experience. 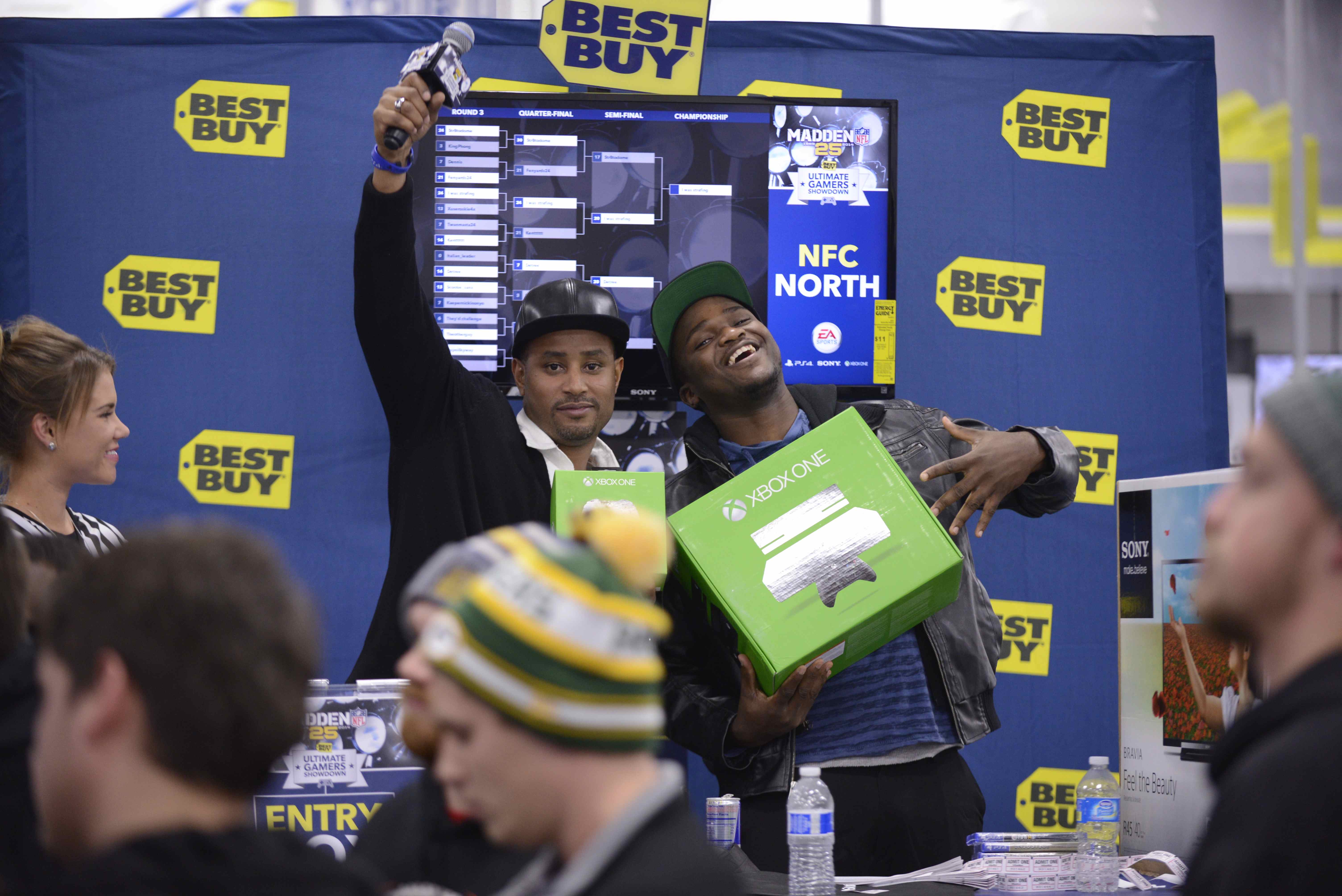 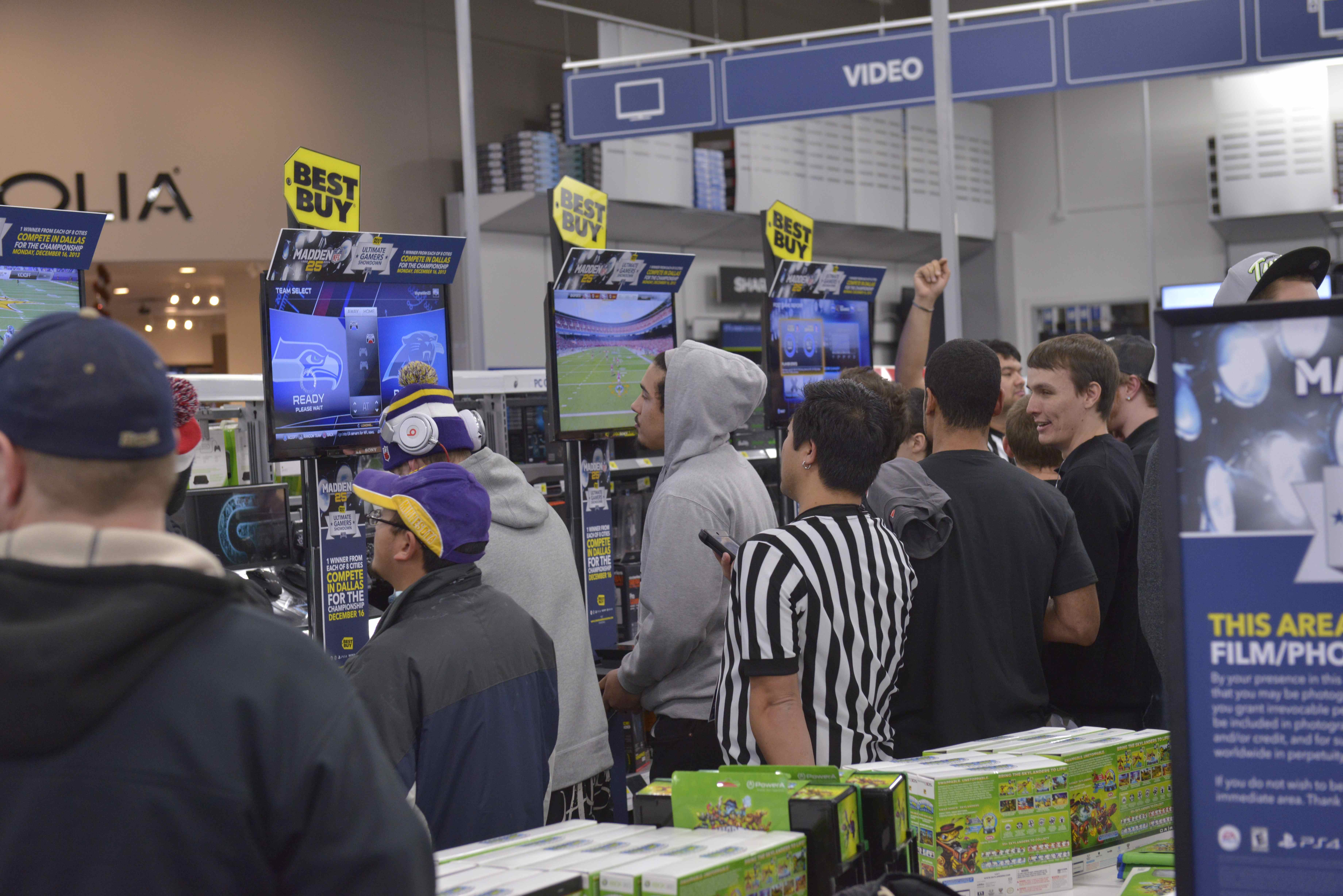 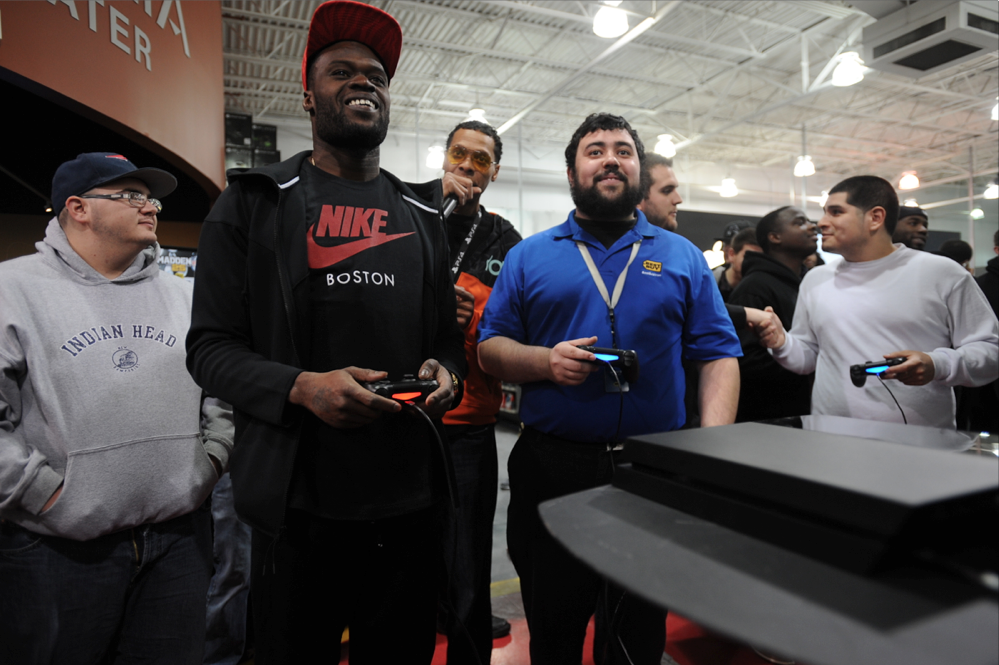 NFL stars participated in in-store gameplay across the nation. 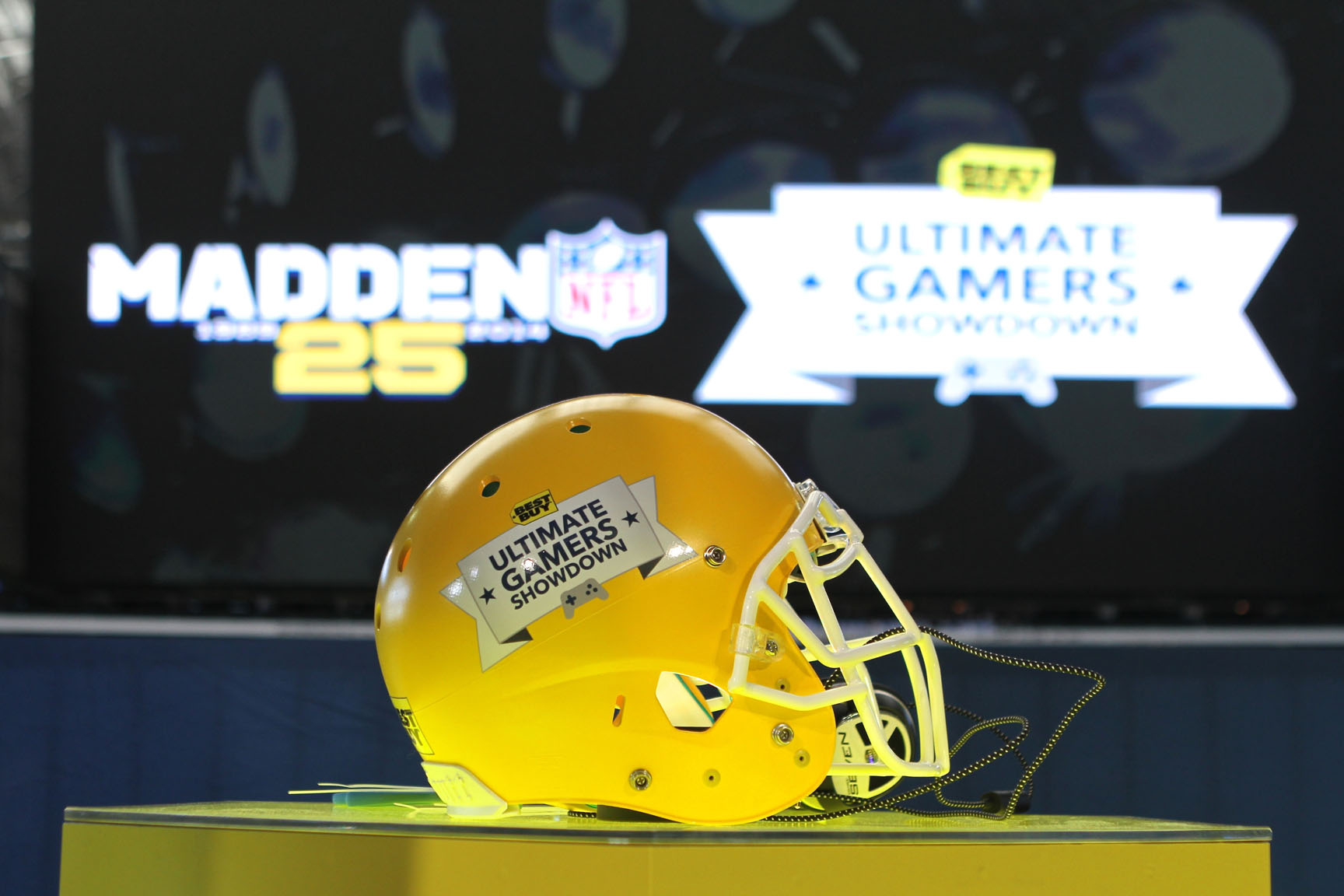